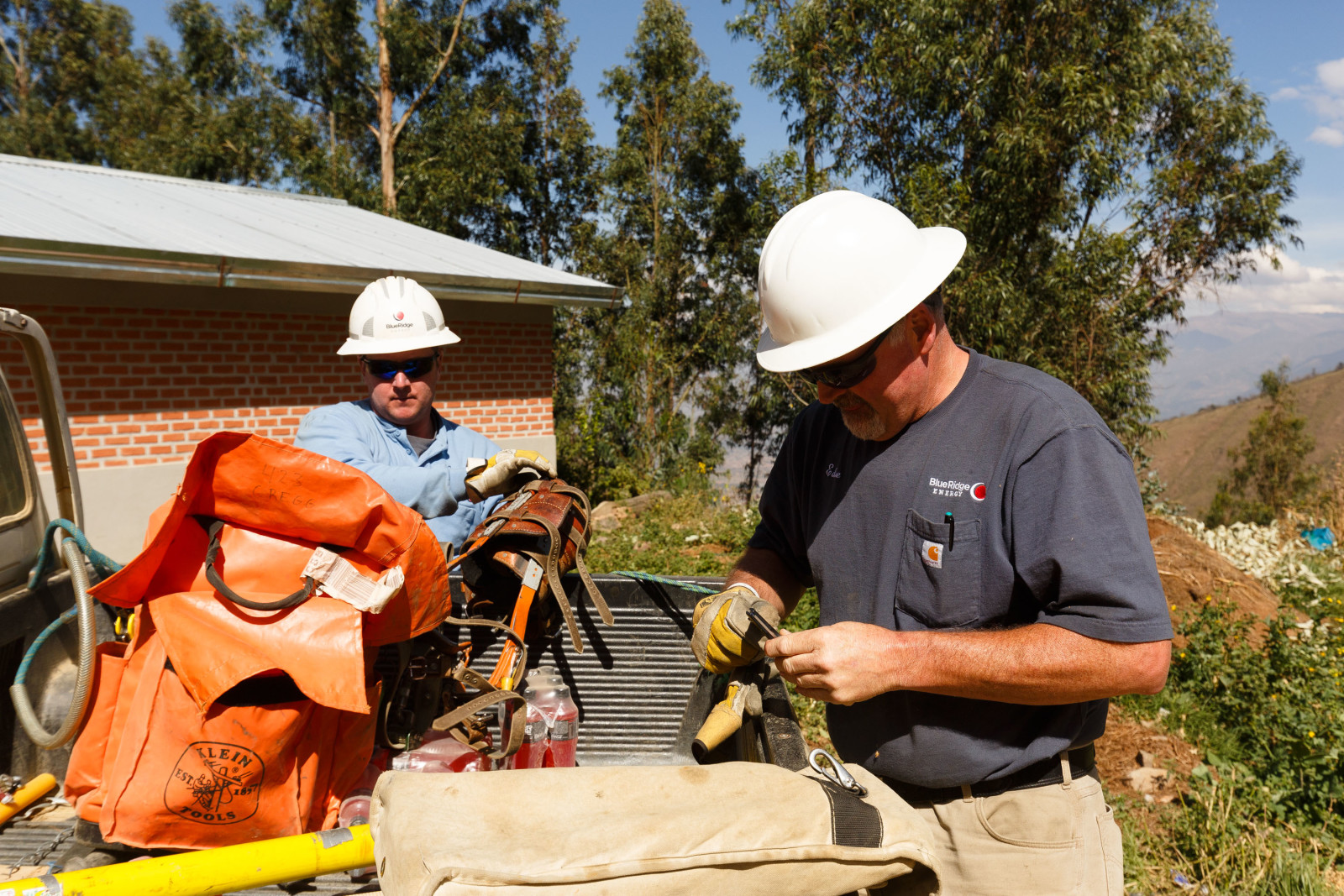 Some comforts become so routine in our lives that we only notice their existence when something interrupts its availability. Flipping a switch and seeing the glow of light illuminate a room is something we’ve come to expect. It’s a resource that’s been here for generations – thanks to the hard work and dedication of rural Americans who came out of the darkness and built the foundation for cooperatives many decades ago.

A world away, a similar story unfolds. At around 11,000 feet above sea level, a small village of Bolivian farmers work hard each day for as long as sunlight allows. Their children attend a local school, spending hours with books in the faint glow of candlelight. As 2019 began, the village of Laphia continued to feel a world behind – now, the feeling has changed.

In April, 13 volunteers from North Carolina’s Electric Cooperatives embarked on a two week mission to provide electricity to this village. The project, funded by NRECA International, is one of many ongoing global projects to bring electricity to poor and underdeveloped regions of the world.

Among the group of volunteers were Blue Ridge Energy line technicians, Eddie Stephens and Jerry Gregg. Both men left their families behind for two weeks to make an impact on a community that had felt left behind by the modern world.

Thin air, rugged terrain and mountain weather conditions were just a few of the many challenges the North Carolina volunteers faced. Led by Eddie as crew leader, they worked tirelessly for those two weeks, facing many of these daunting challenges on a day-to-day basis.

Crews tackled building an electric grid with a large ravine between their starting point and destination, traversing it with primitive equipment. During the trip, they managed to pull five miles of line and set poles by hand.

When the project was complete, the volunteers gathered in the school for an experience unlike any other. Like at home, a switch was flipped and a light turned on. This time, it was for a generation of people that had never experienced electricity before.

Some photos (below) courtesy of Studio 1441