Back to Electric Vehicles

Electric vehicles (EVs) are a “hot item” in the auto world, with many auto manufacturers offering at least one model. Improved versions are also on the horizon. EVs provide environmental advantages and, even though they may carry a higher price tag initially, tax credits and lower operating costs often balance out the initial investment.

Is this new technology reliable?

Electric powered autos have actually been around for more than a century. In the 1890s, electric cars were more popular than gas-powered autos because of their simplicity, reliability, and low cost of operation. In fact, Henry Ford’s wife drove an EV. For a variety of reasons, EV technology languished with the rise of gas-powered engines, but today, EVs —once again—are finding their place across America. This renew popularity is fueled by significant advancements in power electronics and energy storage technologies.

All of us are most familiar with conventional combustion-engine vehicle terminology but with a changing market it can be hard to keep up with the newest technology terms and models. For simplicity, we’ve separated the options into four basic types of vehicles. Below you will find a list that indicates what fuels each type of vehicle and how they operate.

What is the cost to own and operate an EV vs. a gas-powered conventional vehicle?

As an example simply for this comparison, the annual energy costs and savings for owning electric vehicles compared to gas-powered vehicles use assumptions that include driving the vehicle 15,000 miles a year, with 225 days of 50 miles each, and 50 days of 75 miles each. Also, U.S. Energy Information Agency numbers were used for EPA fuel economy numbers and average costs of energy.

Other considerations to add into the calculations: 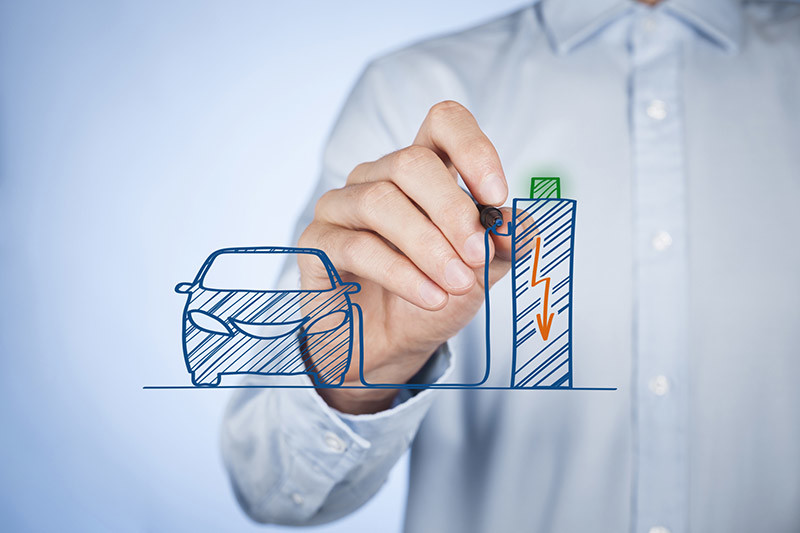 These sources of information may help as you explore options for the purchase or lease of a BEV, PHEV or hybrid.